Traumatic Brain Injuries Caused by Car Accidents: What to Know

Have you or a loved one suffered a traumatic brain injury in a car accident? You may be entitled to compensation in a personal injury lawsuit for your medical care costs, lost wages, and substantial pain and suffering. Brooks & Radchenko is a top DFW personal injury law firm. If you’ve suffered a head injury in a car accident in North Texas, our Dallas brain injury lawyers offer a free consultation to review your potential case and answer your questions.

According to the Centers for Disease Control and Prevention (CDC), a brain injury "is caused by a bump, blow, or jolt to the head or a penetrating head injury that results in the disruption of normal brain function." The impact of a head injury from a car accident can be devastating.

While there is much emphasis on sports-related and military service-related traumatic brain injuries in the media, it isn’t just NFL players and service members who suffer brain injuries. We know from the CDC that vehicle accidents are the #2 cause of TBI-related hospitalization and the most frequent cause of TBI-related deaths in the United States.

According to the Texas Traumatic Brain Injury Advisory Council (TBIAC), there are about 25,000 annual hospitalizations in Texas for TBI. The TBIAC has provided the following statistics about cost data:

It is difficult to get accurate statistics about individuals in Texas with brain injury who go to the emergency department (ED), because car accident head trauma cases are not accurately tracked as a group, and many Texas hospitals do not participate in the trauma registry. Individuals transported to hospitals in private vehicles rather than ambulances often will not have their car accident head injury properly tracked as a vehicle accident.

What Is a Car Accident Brain Injury and What Are the Causes?

The brain is a remarkable organ, with more than 100 billion neurons that function to receive and transmit information. Damage to any part of the brain can be permanently life-altering.

Below are six of the most common types of brain injuries from car accidents:

A concussion is the most common type of traumatic brain injury. A direct blow to the head in a car crash or a whiplash-like injury where the head is thrown forward and then back against a headrest can cause a concussion. Victims of concussions may be vulnerable to a secondary injury while their injury is healing. A doctor will diagnose a concussion based on observed symptoms and may request a CT scan to rule out other life-threatening brain injuries.

A contusion is a bruise on your brain resulting from a direct, forceful blow. Depending on the severity of a contusion, symptoms of mild or severe brain injury may result from a contusion. Contusions can be dangerous when they cause bleeding (such as from an epidural hematoma) or swelling inside the skull.

A diffuse axonal injury (sometimes abbreviated to DAI) is a traumatic brain injury often associated with a vehicle accident that can cause brain damage, coma, and death- Around 40 to 50% of hospital admissions for brain injury involve a DAI. More than 90% of patients with severe DAI never regain consciousness, and those that do awaken may remain permanently disabled. Like concussions, DAIs may not show up on imaging tests because the damage is microscopic.

As the name implies, a penetrating brain injury occurs when an object penetrates the skull and brain - but does not exit it. In a car accident, this can occur when glass and other objects inside or outside a vehicle, such as debris falling from another vehicle,  penetrate the brain. This type of brain injury is visibly obvious, and potentially life-threatening when it causes blood loss.

Sometimes they are associated with trauma to other parts of the body. For example, a car accident victim can suffer an acquired brain injury after the loss of blood from a blunt-force trauma injury to another part of the body.

Brain injuries are sometimes diagnosed via computed tomography (CT) scan or magnetic resonance imaging (MRI), but these are not always useful when there is no fracture or bleeding, such as with a concussion. Brain injuries caused by car accidents can have varying symptoms. If another party is responsible for your injuries, a brain injury personal injury claim can provide compensation for treatment.

A brain injury can affect your brain even if you do not lose consciousness in an accident. Brain injuries can take many forms - but ultimately are a change in brain behavior due to an external event. A car accident brain injury can cause changes and mood or personality, may alter the ability to focus and learn, or may cause permanent physical disability.

According to the CDC, some physical symptoms of mild brain injury and concussion include feeling tired, dizziness, sensitivity to light and noise, headaches, nausea and vomiting, and vision problems.

According to the CDC, some mental symptoms of mild brain injury and concussion include problems concentrating, difficulty thinking clearly, problems with short-term or long-term memory, feeling slowed down, and feeling foggy or groggy.

A brain injury can cause personality changes, and some of the social or emotional symptoms of a brain injury include depression and sadness, irritability, anxiety or nervousness, and generally feeling more emotional.

Sleep problems are also common with mild traumatic brain injury. Individuals may sleep less than usual, more than usual, or have trouble falling or staying asleep.

If someone else is responsible for a brain injury, you may be entitled to compensation for your injury-related medical expenses, lost wages and lost future earnings, and significant pain and suffering. Do not accept any car accident brain injury settlement without first speaking with a knowledgeable and experienced Dallas brain injury lawyer. Contact a lawyer as soon as possible after your initial medical treatment.

Brain injuries often dramatically interfere with a brain injury victim’s ability to go to school, work, and complete daily tasks like bathing, getting dressed, walking, and driving a car. Every brain injury from a car accident is different, and a serious or life-threatening brain injury may present itself immediately, or hours or days later. It is important to take symptoms seriously and seek medical care immediately.

Signs of Dangerous TBI in Adults

The term “Talk and Die Syndrome” has been used to describe life-threatening brain injuries that don’t present symptoms immediately. In March 2009, actress Natasha Richardson fell and struck her head skiing in Quebec, Canada, and declined initial treatment. Two hours later, she complained of a severe headache and was airlifted to a hospital, where she died two days later. When comedian Bob Saget died in his sleep in 2022, autopsy results showed a severe blow to his head with several skull fractures. Authorities made the determination that it was likely that he had hit his head, “thought nothing of it and went to sleep”.

Signs of Dangerous TBI in Children

Children may not be able to vocalize their symptoms and may show their potential injury in different ways, like refusing to eat or nurse. Changes in personality or sleep patterns, or being inconsolable may also indicate brain trauma. If you suspect possible head trauma from a car accident in a child, seek medical attention immediately.

Victims of severe TBI are at a greater risk for developing Alzheimer’s or other types of dementia years or decades following an accident.

With any brain injury personal injury claim, it is important to consider the potential long-term effects of an injury. Accepting a quick settlement is not a good idea because symptoms may not show up for a while. At Brooks & Radchenko, we consult with top neurology and brain injury experts to understand the full extent of an injury, and how it will impact a victim - and by extension their family- for their entire lifetime.

What You Should Do If You Suspect Head Injury in Texas

The aftermath of a car accident is overwhelming. However, there are certain things you should do following a TBI car accident, for your own well-being, and to preserve your legal rights. The first thing you should do is get medical care.

Never downplay brain injury symptoms or “wait and see” if your symptoms get better. Brain injuries can be invisible, and in some cases, urgently life-threatening. If you suspect a possible DUI in you or a loved one, communicate your concerns to a healthcare provider so that they can properly make a traumatic brain injury diagnosis.

Delaying medical care is dangerous, and can also complicate your ability to recover compensation for a car accident TBI. Your medical records are an important part of your Texas car accident personal injury claim. Be sure to follow your healthcare provider’s advice regarding diagnosis, rehabilitation, and brain injury treatment.

If you suspect that your brain injury was caused by another driver’s negligence, talk to a TBI car accident lawyer about your legal rights to compensation for your accident-related injuries, post-traumatic brain injury treatment, and other damages.

Why Do You Need a Brain Injury Attorney?

No amount of money can undo a life-altering car crash head injury. However, compensation in a personal injury claim can allow brain injury victims to obtain money for the long-lasting, far-reaching effects of a brain injury. Skilled and knowledgeable Dallas head injury lawyers can help you and your family know your legal rights, and hold negligent parties accountable to the maximum extent.

At Brooks & Radchenko, we have seen firsthand how devastating brain injuries are. When brain injuries are caused by negligent and reckless individuals, we believe that brain injury victims should have the opportunity to pursue accountability and justice. We have recovered millions of dollars for victims and their families.

Our law firm offers a free consultation to discuss your legal rights with a DFW car accident lawyer. If you or your family member has suffered a car accident traumatic brain injury, contact us to speak with an attorney right away. What Is Supplemental Underinsured Motorist (SUM) Coverage and Why Do I Need It in Texas? 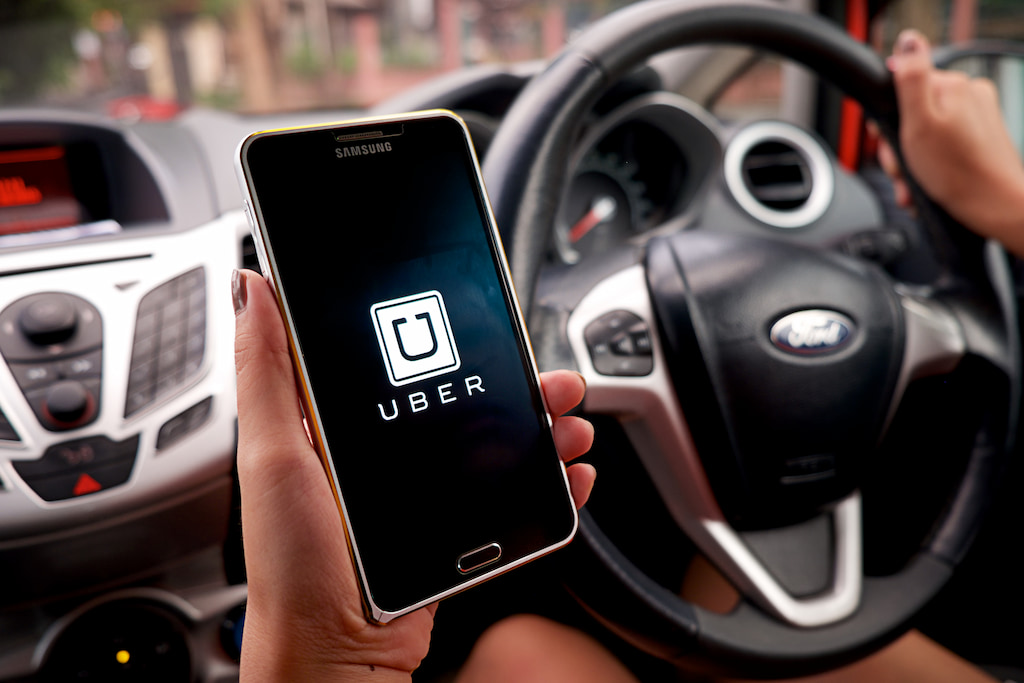